From a popular modern classic to an attractive, young vintage car: the Mercedes-Benz 124 model series inspires just as much today as it did at its premiere 35 years ago. The saloons were presented for the first time on 26 November 1984 in Spain. The estate, coupé, saloon with a long wheelbase and cabriolet were to follow. In 1993 the model series became the first generation of the upper executive segment of Mercedes-Benz to carry the E-Class name and thereby wrote itself into the long tradition of vehicles in this segment. Particularly sought-after classics include the 500 E and 400 E V8 versions, the performance versions by Mercedes-AMG as well as the elegant two-door versions. But vehicles of all other types in good, original condition and with low mileage are also in demand. ALL TIME STARS, the vehicle dealer of Mercedes-Benz Classic, has such very special cars of the 124 model series available again and again – for example, currently an E 200 from 1995 in the “Collectors Edition”. 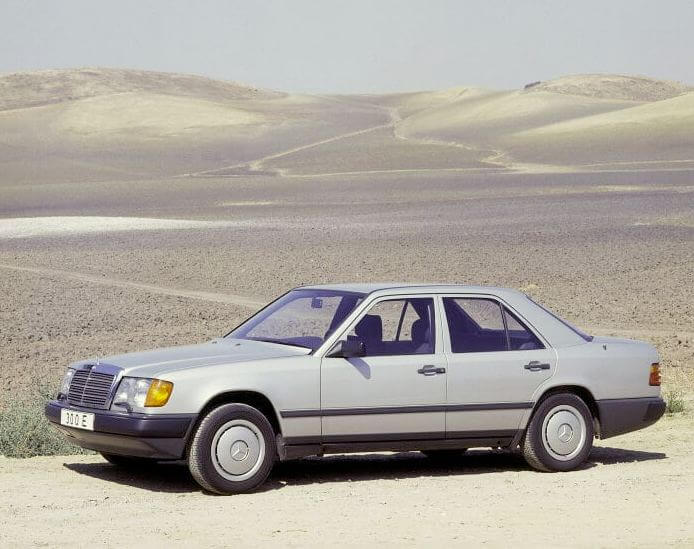 Stuttgart. As modern as it was 35 years ago: this is the Mercedes-Benz 124 model series. On 26 November 1984 the brand from Stuttgart initially introduced the new saloons (W 124) in Seville (Spain). They were introduced to the market in December of the same year. Its premiere was, at that time, an unprecedented technological leap in engine and body development in the upper executive segment of Mercedes-Benz. Later the estate (1985, S 124), coupé (1987, C 124), saloon with a long wheelbase (1989, V 124), cabriolet (1991, A 124) and chassis for special bodies were to follow. 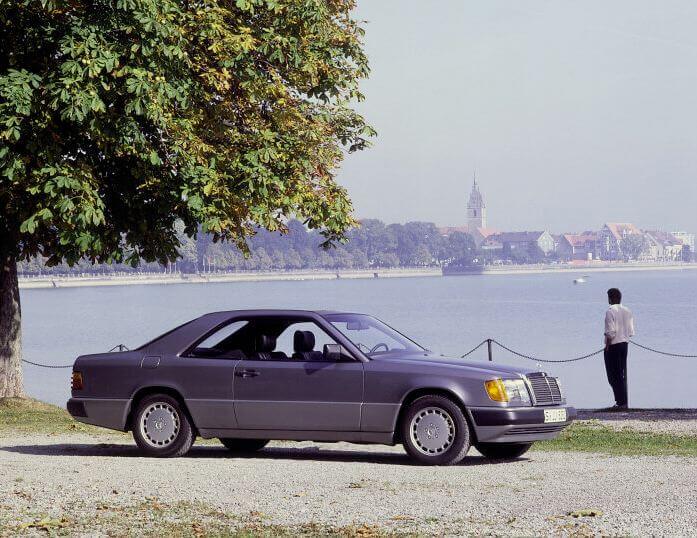 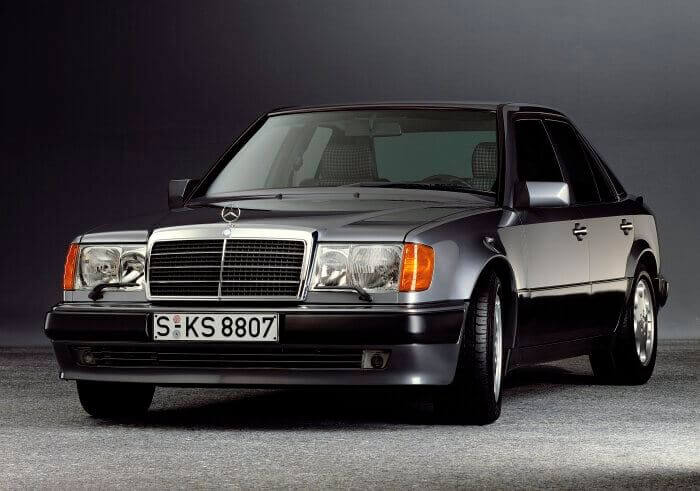 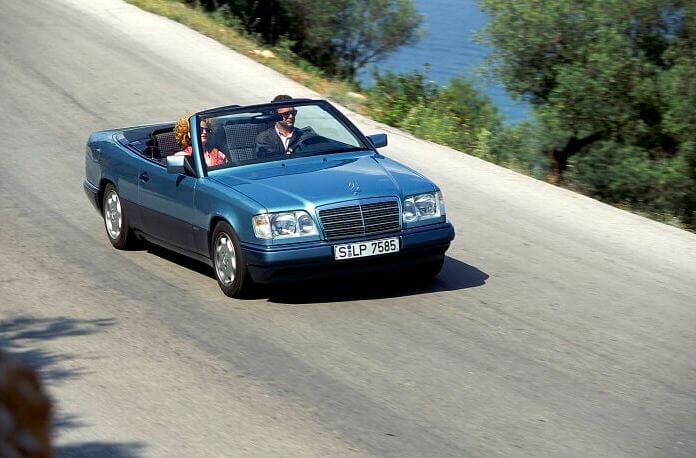 Today it is above all the top engines of the saloons as well as the coupés and cabriolets of this generation of the upper executive segment of Mercedes-Benz that are attractive collector vehicles. This is confirmed by the latest analyses, such as the “Emerging Classics” index, which is a part of the Mercedes-Benz Classic Index (MBC Index) of the Historic Automobile Group International (HAGI). For example, here the 500 E V8 version, the top AMG models as well as the cabriolets and coupés are amongst the most promising classic cars of the brand with the star, explains Dietrich Hatlapa from HAGI. Between its launch at the end of 2011 and September 2019, the MBC Index has more than doubled.

Further development until the E-Class

And thus, from 1985, the brand from Stuttgart offered the automatically engaging 4MATIC four-wheel drive for the six-cylinder types. It was a part of the Mercedes-Benz driving dynamics concept, which also included automatic locking differential (ASD) and acceleration skid control (ASR). The previous types with prechamber diesel engines were supplemented in 1987 with an exhaust turbocharger in the 300 D Turbo. From September 1986 all vehicles with petrol engines included a controlled catalytic converter as standard.

The 124 model series is an exceptionally versatile generation of the upper executive segment of Mercedes-Benz: on the one hand, saloons and estates proved themselves as taxis, with the chassis being used for patient transport ambulances and hearses. On the other hand, the coupés and cabriolets set standards for sporty luxury in this vehicle segment. The 400 E (205 kW / 279 hp) and 500 E (240 kW / 326 hp) V8 versions as well as the E 60 AMG (280 kW / 381 hp) ultimately positioned the W 124 in the area of absolute high-performance vehicles of their time.

In June 1993 the 124 model series received the name E-Class as part of the new nomenclature. At the same time, the system of model designation was also changed. The 500 E became the E 500, for example, and the 200 D became the E 200 Diesel. In 1995 production of the saloons ended at the Sindelfingen plant and in 1996 the manufacture of parts kits was also phased out (completely knocked down, ckd). In eleven years 2,213,167 saloons were built, resulting in a total of 2,737,860 vehicles of the 124 model series – making it the most successful E-Class by Mercedes-Benz.

The global copyright remains the property of Daimler AG.

Overview of the W124 models that belong to the Ockuisen collection