The first decade of the twenty-first century

In the twenty-first century the R230 generation of the Mercedes-Benz SL-Class was introduced.  At the 2001 Frankfurt Motor Show and 2001 Bologna Motor Show and did replaced the R129.
The distinctive details of the R 230 series combined traditional and future design elements. For example, the air inlets in the front wings were a typical feature of the SL 300 in the 1950s. The narrow, wing-like profiles on the side air inlets – referred to by professionals as ‘fins’- are reminiscent of the past. The designers used this stylistic element to give the grilles in the bonnet an extra sporty tone.

Another of the SL’s distinctive features was its horizontally elongated radiator grille. The R 230 series gave a modern twist to this tradition by reducing the angle of the louvered radiator grille, giving the car’s arrow-shaped front a dynamic and powerful look. The four louvers framed the Mercedes star, which was positioned in the familiar spot and left no doubts about the roadster’s heritage and affiliation.

These SL-typical features were in perfect harmony with the new elements, such as the headlights, whose familiar oval ‘four eyes’ now melted into two oval eyes. The modern clear-glass look enhanced the standard Bi-Xenon headlights and added sheen to the front design.

Unlike its predecessors, the SL-Class R 230 never left its roof behind. The seamless integration of its vario roof into the flowing lines bore testimony to the high quality of the car’s design.

Series 211 saloons made their market debut In March 2002. This new E-Class was the eighth generation of Mercedes-Benz’s upper mid-size line since the Second World War. Officially launched in January 2002 at the International Automobile Salon in Brussels, the new model series went on sale in mid-March. The design of the new E-Class incorporated features such as the twin headlamp face of the previous W 210 model series, while re-interpreting them for a sporty and dynamic look. The distinctive face now sported slightly tilted twin headlamps and a clear glass lenses. The silhouette of the saloon, too, more clearly conveyed the values of sportiness and elegance. 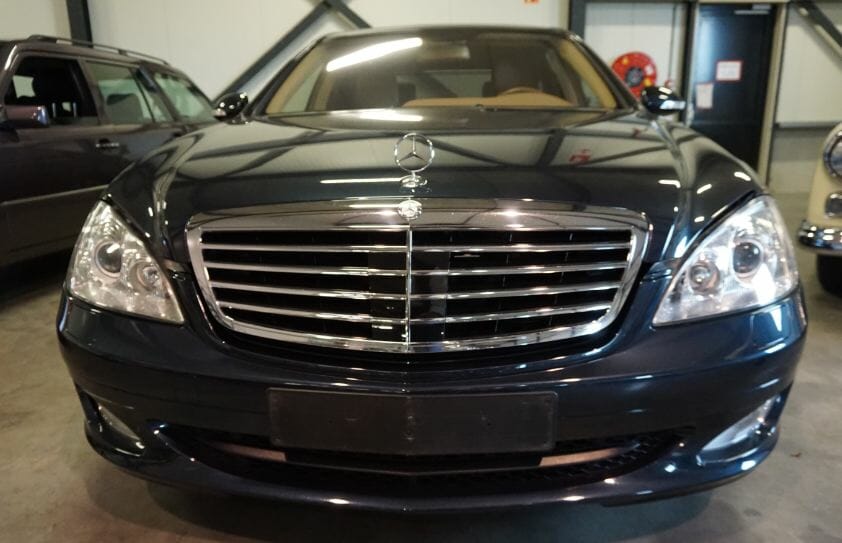 The Mercedes-Benz SLS AMG is a sports car of the German car manufacturer Mercedes-Benz that was built from 2009 until 2014. The car is powered by a 6.2-liter V8 producing 571 hp. The car is seen as the reincarnation of the legendary 300SL Gullwing.

An SLS AMG goes faster on the runway than a Boeing before it enters the air.

R231 is a chassis code for the current generation of the Mercedes-Benz SL Class roadster, replacing the R230. The car was released in March 2012 and uses Mercedes-Benz’s new 4.7 litre twin turbo V8 engine with a power output of 435 PS (320 kW; 429 hp). AMG version of the roadster will follow. The new SL is 140 kg (309 lb) lighter than the previous, being made almost entirely out of aluminium. For the first time, the R231 SL-Class is not available with a non-AMG V12 engined SL 600 model.

Bremen 2016. Start of production at the Mercedes-Benz plant Bremen: Paola Ferrara (right), head of Roadster assembly, with her team during the first job of the new SL (blue) and the new SLC (red). The two roadsters are based on different platforms while still being flexibly produced on one assembly line. The plant Bremen began to produce open-top vehicles in 1989 with the R129 series of the SL Roadster. The plant celebrated the 25th anniversary of this production in 2014. By then, it had produced more than 400,000 SL Roadsters. The SLC, former SLK, is produced since 1996 at the plant in Bremen and celebrates its 20th anniversary this year. 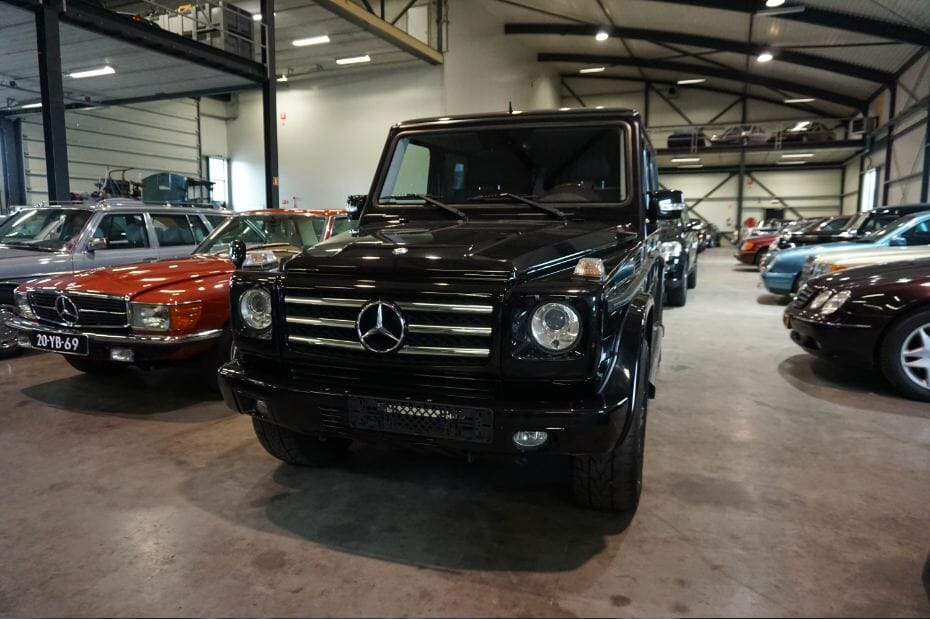