The forties; after the end of the war, passenger car production was resumed, starting with the proven design of the 170 V model (W 136). Only delivery vans were produced at first, since they were in urgent demand during post-war reconstruction. In May 1946 the first platform car was completed and one month later the first box-type delivery van. During september and october that year an ambulance car, based on this delivery van. And a police patrol car on the basis of the platform car, completed the production range. Due to the difficult production conditions, the car bodies of these first models were, naturally, still rather primitive. 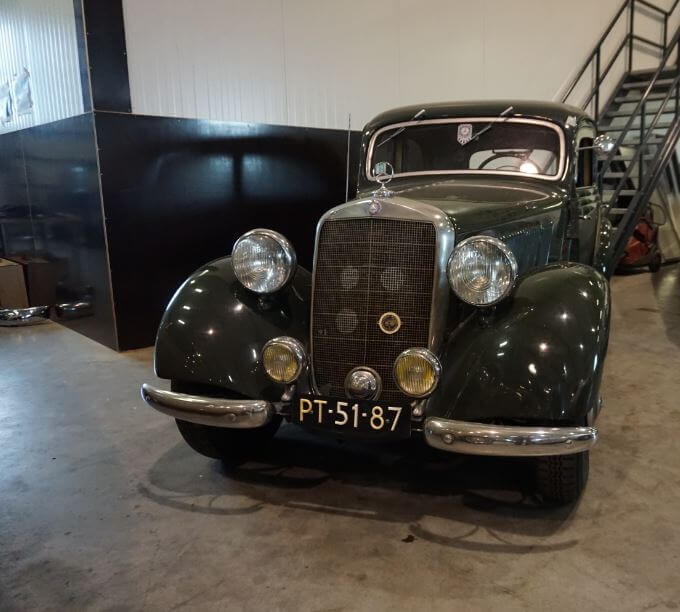 In May 1949, the model 170 D were presented at the technical export fair in Hannover. The 170 D basically matched the 170 V.  But was equipped with a 1.7-liter Diesel engine, which had been developed from the proven unit of the 170 V.

First Diesel in the forties

It was the first Diesel-powered passenger car after the war.  Its became the basis for the lasting success of this type of car. The salient feature of the 170 D was the significantly lower rate of fuel-consumption. Compared to its petrol-powered counterpart, while retaining almost the same driving performance. Longevity and economy became synonymous with the Mercedes Benz Diesel-powered passenger car. Another reason for the high popularity of the 170 D during the first years of production was the fact that even five years after WW II had ended petrol was still in scarce supply whereas sufficient Diesel oil was available everywhere. 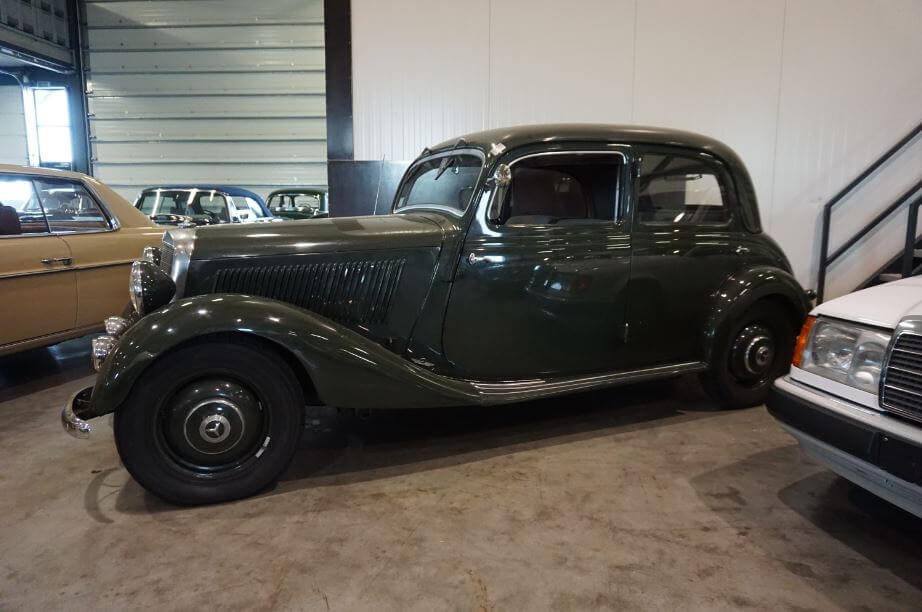 This car of the forties, the 170 S-V, is the first Mercedes-Benz of the Ockhuisen Collectie.

The Mercedes-Benz 170 S Cabriolet A embodies the sportier line of the premium-class model in 1949. Mercedes-Benz has long defined an A convertible as a two-door, usually two-passenger car with just one window per side. The folding top reaches to the doors. The specimen in the picture is equipped with tiny auxiliary seats in the rear, offering just enough room for children to sit.

Get to know the Mercedes-Benz cars of the fifties
Translate »